“Folklore is the traditional, unofficial, non-institutional part of culture. It encompasses all knowledge, understandings, values, attitudes, assumptions, feelings, and beliefs transmitted in traditional forms by word of mouth or by customary examples.” 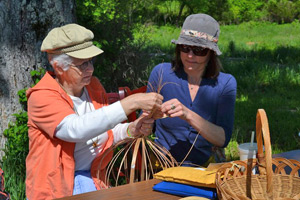 I’ve been interested in folklore all my life. Even before I knew a folklorist was something one could actually “be” and was still making my living purely as a radio producer, my productions tended to revolve around informal expressive culture. Thanks to a BBC grant, I went on a field trip to explore the mountain music of the Southern Appalachians and fell in love with American traditional culture. That led me to enrol in the excellent MA program in Folk Studies at Western Kentucky University (WKU) and, more recently, to embark on a folklore Ph.D at the Ohio State University (OSU).  My folklore work includes fieldwork projects, oral history projects, various forms of cultural sustainability, and many folkloristic radio productions,

I’ve gained extensive experience as a fieldworker on projects small and large. For example, I worked on the Elkmont Oral History Project for the National Park Service. Elkmont is a place that now falls within the boundaries of the Great Smoky Mountains National Park and I had the privilege of interviewing many of its former residents in order to create a tangible record of the memories and experiences of those who once lived in this beautiful area. 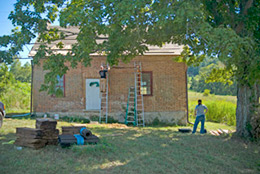 Cultural sustainability comes in many forms; presenting a folk artist in a paper or focusing on a particular tradition in a radio program may create interest in a practice and thereby help promote and sustain the practitioner and their culture. In addition, a long-standing interest in how people create a meaningful connection with the environment around them has fuelled my interest in historic preservation.

I’ve worked with the National Register of Historic Places and the first property I had added to it was the Hardcastle Store, a rural Kentucky shop, in November 2011. I’ve since continued to work with the Register as a member of the American Folklore Society historic preservation task force which is seeking to expand the use of the ‘traditional cultural properties’ designation so that a building or site’s intangible cultural heritage received recognition in the nomination process. As part of this, I researched the tradition of building and maintaining casitas and gardens among New York’s Puerto Rican community. Updates about this venture can be found in the News section of this website.

As the recipient of the 2012 Sally Kress Tompkins Fellowship, I conducted intensive primary research to document the architecture, history, and use of buildings in Nashville that played a key role in the development of the music industry. The resulting reports are now part of the permanent Historic American Buildings Survey collection at the Library of Congress. 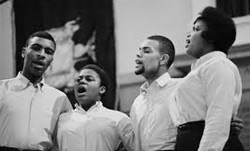 I’ve made many different types of folkloristic radio pieces for the BBC, NPR, and other major broadcasters around the world, including a series dedicated to Kentucky traditional culture for the state’s NPR affiliate WKYU. Among those pieces was a documentary on the unique basket-making culture of south central Kentucky; a profile of gospel musician, John Edmonds; a feature on the distinctive nature of Monroe County barbecue; a report about the work of one of the original Freedom Singers, Charles Neblett; and a conversation with one of Kentucky’s most distinguished folklorists, Dr Lynwood Montell. You can hear some of these features on the audio gallery page of this website.

With audio/visual presentations becoming increasingly prevalent across a range of digital platforms, I’ve branched out from purely audio work. Here is an example of a multimedia piece about the culinary heritage of south central Kentucky which I directed for the Allen County Folklife and Oral History Project.

Rachel Hopkin has been a truly outstanding student in folklore and historic preservation. She has proven to a quick study, getting to know the people and landscapes of south central Kentucky and producing exceptional documentations in the form of radio programs, video documentation, and a National Register nomination. Her passion for her subject matter and her attention to detail is evident in all that she does.