I’ve just returned from an amazing first visit to Australia. I was there for two weeks, recording material for a forthcoming BBC radio programme. Provisionally entitled “Country Down Under”, the documentary looks at how American-style country music embraced by Australian Aboriginal musicians. The genre first became popular amongst Australia’s dispossessed native people during the interwar years. At that time, many worked as drovers and were stationed on large cattle ranches, or they worked on the land in other ways. They had access to recordings of Hank Williams and others via the radios and phonographs that generally belonged to their white oppressors.

The Aboriginal peoples’ initial access to country music coincided with an institutional regime intent on stamping out their traditional culture. As a result, they turned to the typically associated with poor white people in the southern United States as an alternative means of expression. They are a people with a long lineage of oral culture and of storytelling and through a new form, were able to adapt this aspect of their heritage. In addition, country music was strangely appropriate – it tends to be strongly based on story songs which speak of the land and is filled will melancholy. As one Aboriginal musician put it, country songs are about loss and they had lost everything. 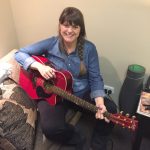 That sense of loss remains strong in the present as I found out through the contributions of musicians with whom I was privileged enough to talk. They included Auriel Andrew, Kev Carmody, L. J. Hill, Roger Knox, Sue Ray and Glenn Skuthorpe. I also interviewed Clinton Walker, a music journalist who has written a book on the subject called Buried Country.

I’m not sure when the resulting documentary will air – I have to make it first – but the delivery deadline is 1st September so I imagine it will be in a month or two later. I will post a link here once it has been broadcast and is available to listen to online. 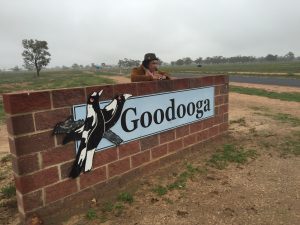