Nevada’s Hidden Stories is a partnership between my former employer – Nevada Humanities – and Reno Public Radio. It’s an occasional series which I produce that aims to shed light on the unique people, places, and communities which make the Silver State home. 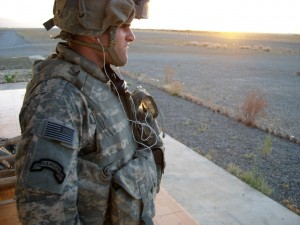 David Drakulich on deployment in Afghanistan

The most recent report, which aired last Friday, was put together in honor of Veterans’ Day and it’s about an unusual art project based in Reno called Combat Paper Nevada. Combat Paper Nevada is part of a range of artistic activities organised by the David J Drakulich Art Foundation for Freedom of Expression for veterans and others affected by military service.  The Foundation was formed by Tina Drakulich in honour of her son who died whilst serving in Afghanistan.

Here are some of the artworks referred to in the piece: 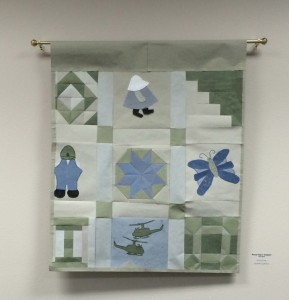 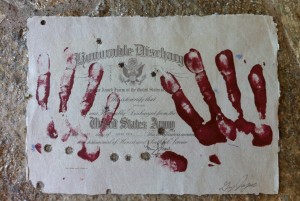 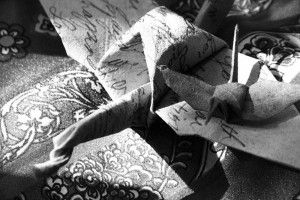 And you can listen to the report itself here:

Incidentally, one of the contributors to the report, Noel Lipana, has asked that I mention that his friend Kaitlin Baird is undertaking fund-raising and awareness efforts for the David J Drakulich Art Foundation on Twitter both through the foundation’s handle – @DJDrakulichart – and her own handle – 13in13djdaf. Kaitlin also blogs about her efforts for DJDAF at 13in13weebly.com.