Here is a copy of the latest blog-post I wrote for Nevada Humanities: 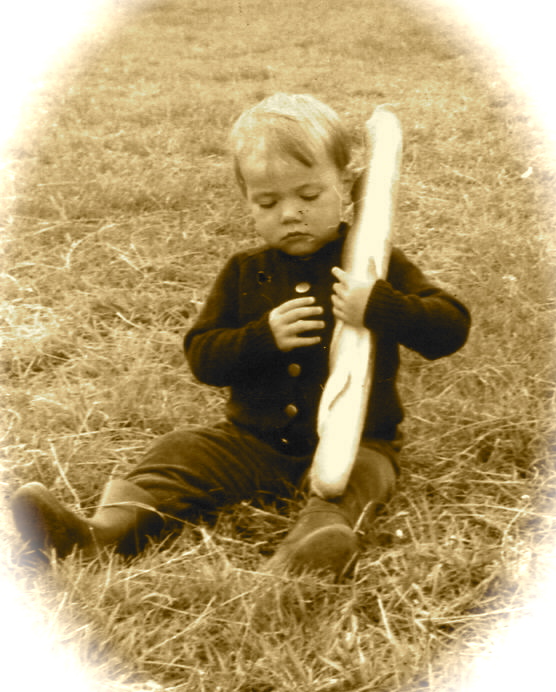 The photograph above, taken in the dim and distant mists of time, shows the two year old me near a campsite in Normandy. Evidently I have always taken my boulangerie items very seriously.

My brother and I were blessed to be raised by two Francophile parents in the county of Kent, which lies adjacent to the English channel. The combination of this geographical proximity and parental predilection meant that we spent many a family holiday in France. For my brother, David, these early experiences definitively shaped the course of his adult life – he is now an eminent French historian (well, I think he’s eminent anyway). For me, the impact has been rather less lofty and comparatively tardy, but has latterly evolved into my “Quest for the Best Croissant in the West”. 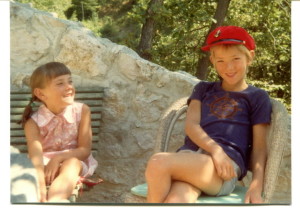 My brother and I on a childhood holiday

(As this is a humanities themed blog, I feel I should pay due diligence and relate a little of the history of this delectable item. According to that unimpeachable scholarly source, Wikipedia, the origin of the modern croissant – named for its crescent shape – can traced to a 13th century Austria pastry called a Kipferl. An Austrian soldier later founded the Boulangerie Viennoise in Paris and thereby brought the Kipferl to 19th century France. It inspired both imitation and innovation and thus the croissant we know and love today came into being.)

Despite those blissful early summers, it’s now so long since I’ve personally spent any time in France, I would no longer recognize an authentic French croissant if it came up to me riding a bicycle, wearing a striped jersey and a beret, with a string of onions around its neck, and singing the French National Anthem (because obviously, that would be really authentic), but I do know what I like, and the essential characteristics include:

• A proper croissant taste (i.e. buttery and just faintly sweet, and not just a piece of bread shaped into a crescent or dough tasting of rancid grease)

• Not being cooked to an absurd level of crispiness

It’s a bonus if it can be delivered warm from the oven – something which can raise a mediocre croissant to the level of good. (Though heaven save us from the poor microwave-zapped croissant, which is almost as much of a travesty as the cronut).

With those criteria in mind and in interests of my Quest, I’ve sampled a great many Vegas croissants. Accordingly, I’ve experienced the shamefully stale and tasteless, the strange (a German pretzel croissant, for example), the ridiculous (croissants the size of full-grown adult hedgehogs), the ludicrous (ones that are pretty well 100% butter – and this from a woman who believes it is her calling to be sculpted as a butter queen and for whom A. A. Milne’s poem, The King’s Breakfast, sums up her raison d’être ), to – mercifully – the just plain yummy.

This is probably not proper place to name the croissant-purveyors I’ve visited in the city, though if you really want the complete “Rachel Ranking of Vegas Croissants”, email me with a tempting bribe and I’ll fill you in. However, I will just mention my own favorite: those provided by Bonjour Bakery. The bakery itself has a small sit-down area and a certain charm, but also supplies viennoiserie to several cafes around town where there are a wider range of espresso drinks (I can’t eat a croissant without a decent latte), including Sambalatte which has several outlets and, I suspect but have not been able to confirm, Leone Café in Tivoli Village.

If you have any other contenders for the Best Vegas Croissant, be sure to let me know as I am, after all, a woman on a Quest.