The International Features Conference (IFC) has been happening every year for over four decades.  It’s the brainchild of the German radio feature maker, Peter Leonard Braun https://ifc2.wordpress.com/about-ifc/ – whom, I believe, still comes each year.  It’s dedicated to radio documentaries and the people who make them. 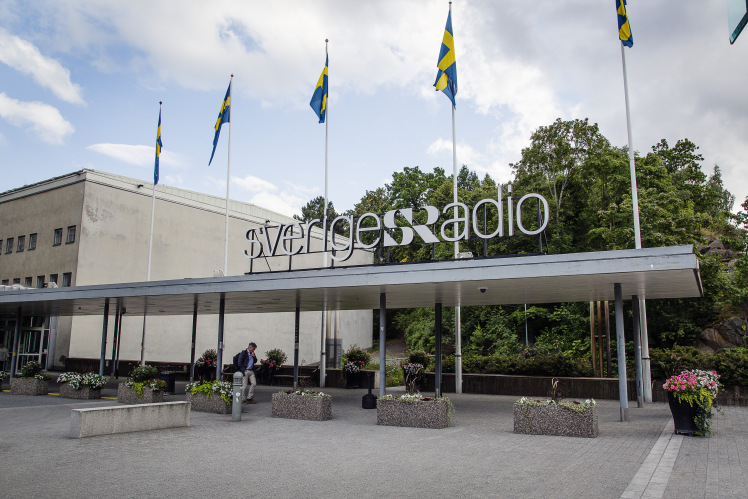 The 2017 event was the 43rd IFC but for me it was a first.  I’d been wanting to attend for quite some time but it never seemed to work out.  This year, however, Country Down Under (CDU) was one of the 30 or so audio documentaries selected for presentation.  Since getting your piece accepted can be quite tough, as soon as I heard CDU was in, I was set on going. (I was extremely grateful to receive financial support to help me on my way from both Falling Tree Productions and the English Dept at OSU).

It was a fantastic experience.  My overwhelmingly positive response was partly due to the conference being held in Stockholm. I’d never visited Sweden previously but was extremely taken with its capital which is an elegant and beautifully situated archipelago on the Baltic Sea.  It is rich in parks and churches, and – at least when I was there in mid May – bathed for the most part in this wondrously clear sunlight.  (Moreover, I discovered at least one excellent bakery which is always a plus!).

But even if Stockholm hadn’t been such a pleasant place to spend time, the conference itself would have been worth it.  It has a very particular format which works like this:-

Spending four whole days considering and talking about radio documentaries with other dedicated feature makers was a complete novelty for me and something for which I have yearned.  Having my own piece reviewed and discussed was an utter privilege.  And, of course, hearing some exceptional programmes which I would not have otherwise heard was fantastic.  I want to mention a couple of stand outs.  One was Matej by Tereza Reková and Lenka Svobodova at Czech Radio. The Matej of the title is a young adult with autism and the documentary is focused on both him and his family.  The other one was translated as Papa, We’re in Syria by Christian Lerch and RBB/WDR.  It was about a German father’s attempts to persuade his two sons to leave Syria and come back home with. Much of the audio in the documentary comes from actual snapchat recordings of the communication which took place.

In 2018, the IFC will be in Prague. I won’t have a piece in the conference then, but I’d like to go if I can swing it. I’ve never been to Prague before.